The Holy See is conducting a world-wide survey of the traditional Latin Mass focussing on whether celebrations of the Tridentine liturgy respond to genuine pastoral needs and are following guidelines.

The Congregation for the Doctrine of the Faith has written to the world’s bishops explaining that Pope Francis “wishes to be informed” about the application of Benedict XVI’s 2007 ruling which lifted restrictions on pre-Vatican II liturgical celebrations.

Along with the letter, the bishops are asked to respond to a series of questions aimed at gaining an accurate picture of how the Extraordinary Form of the Mass is celebrated across the world.

With his legal ruling “Summorum Pontificum”, Benedict XVI lifted restrictions on the old rite due to “the continued requests of these members of the faithful”, including young people, attached to this version of the Mass celebrated before the liturgical reforms of the Second Vatican Council.

It allowed for the wider use of the 1962 missal of John XXIII, which the bishops of the council had overwhelmingly voted in favour of reforming. These reforms were then implemented by Paul VI and completed in 1970.

There has long been debate about the level of demand for pre-Vatican II forms of worship, and there is scant evidence of any serious take-up outside of traditionalist hotspots in Europe, North America and some parts of Latin America.

Some devotees of the old rite have responded with alarm to the review with the Rorate Caeli site asking whether “the rights and continuity of the Traditional Latin Rite” are now under threat and whether the results may indicate “serious consequences”.

But Joseph Shaw, Chairman of the Latin Mass Society of England and Wales, says he is optimistic about the doctrine congregation’s attitudes to the wider use of the Extraordinary Form.

“I do not view this survey as a threat, but simply as indicating a desire by the CDF to have solid information from around the world,” he told The Tablet.

Among the questions the bishops are being asked to consider is whether celebrations of the old rite “respond to a true pastoral need or is it promoted by a single priest” and whether the norms and conditions of “Summorum Pontificum” are being respected.

In that text, Benedict states that priests should respond to requests for the old rite “where a group of the faithful attached to the previous liturgical tradition stably exists” and gave priests freedom to celebrate it privately.

A Rome source told The Tablet the survey was a routine piece of work to understand what is happening with the old rite.

The source added, however, that the results could indicate how Extraordinary Form Masses are being promoted by individual priests and with a minimal number of faithful. In some cases, traditionalists have even been using Holy Week liturgical books which pre-date changes made by Pope Pius XII in the 1950s, which Summorum Pontificum makes no mention of.

For his part, Francis has described the liturgical reforms of the Second Vatican as “irreversible” and with his extensive travel and focus on the growing local churches of Africa and Asia will want to know if the old rite is part of their mission. The Jesuit Pope, however, has shown no indication that he wishes to restrict or rescind the old rite ruling made by his predecessor.

“Assuming the CDF receives reasonably complete responses, comparing reports written in 2010 and in 2020 will show not only a steady growth in the number of celebrations, but an increasing and serene integration of the EF [Extraordinary Form] into the life of the Church, something attributable in large part to the attitude of the bishops themselves,” Mr Shaw said, pointing to Archbishop Malcolm McMahon of Liverpool and Bishop Philip Egan of Portsmouth carrying out ordinations using the extraordinary form.

He argued that an “older generation of more hostile bishops” thought people would eventually lose interest in the pre-Vatican II liturgy but, on the contrary, “their successors are almost always more open-minded. As time goes on it becomes clearer to younger priests and laity how the old arguments against the EF were often based on flawed scholarship and theological misunderstandings.”

Mr Shaw admitted, however, that traditionalist “groups still struggle to organise adequate regular Masses, for example in Africa and Asia”.

In a sign that the Extraordinary Form of the Mass is here to stay, the Vatican recently published new prayers to be used in old rite celebrations and the inclusion of newly canonised saints into their liturgical calendar.

Mr Shaw said this was an “attitude of positive development” to the older form of the Mass as was “permission given three years ago for the celebration of the pre-1955 Holy Week, in response to the persistent desire of priests who celebrate it”. That permission was given by the Pontifical Commission Ecclesia Dei which the Pope suppressed last year and transferred its responsibilities to the Congregation for the Doctrine of the Faith.

Critics of re-introducing the Tridentine liturgy point to the risk of creating two rites in the Church. This, they argue, harms ecclesial unity based on the “lex orandi, lex credendi” principle of “the law of prayer, is the law of belief.”

In 2007 Benedict XVI defended himself from this criticism saying “it is not appropriate to speak of these two versions of the Roman Missal as if they were ‘two Rites’. Rather, it is a matter of a twofold use of one and the same rite.”

He added: “What earlier generations held as sacred, remains sacred and great for us too, and it cannot be all of a sudden entirely forbidden or even considered harmful.”

Sceptics of the Old Rite of the Mass say it represents a clericalist ecclesiology that excludes lay people and risks turning the liturgy into a form of rubricism. Its defenders, meanwhile, include those who retain an attachment to the older form of the Mass which they grew up with as children, and groups of younger Catholics who say they can connect spiritually with the pre-conciliar rituals.

What cannot be denied, however, is that the lifting of restrictions of the old rite contrast with Pope St Paul VI’s rulings on the topic who only foresaw aged or sick priests continuing to celebrate the pre-Vatican II liturgy.

“Any course of action seeking to stand in the way of the conciliar decrees can under no consideration be regarded as a work done for the advantage of the Church, since it in fact does the Church serious harm,” Pope Paul said.

And to mark the 50th anniversary of the publication of Paul VI’s liturgical reforms last year, a Vatican official explained how this process was undertaken with careful deliberation and was a renewal of Christian worship that was deeply rooted in the Church’s tradition.

Documents: Particulars of the Complaint- Part 3 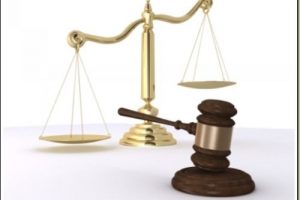 The Real Virus “Sako” in the Chaldean Church
Sarah: profanities have to stop, the Eucharist isn’t negotiable
Comment