October 30, 2019 (LifeSiteNews) – Three cardinals and three bishops have separately voiced opposition to paganism in Church ceremonies in the Vatican surrounding the Amazon Synod, including the Oct. 4 pagan ceremony in the Vatican Gardens where people bowed down and worshiped the Pachamama idol as Pope Francis and other top-ranking prelates looked on.

Catholics around the world were indignant to not only see the pagan statues present in various ceremonies, but to see Pope Francis actually bless one of them during the Vatican Gardens ceremony. He was also present when the Pachamama statue was carried into the synod hall, at the beginning of the Amazon Synod, accompanied again with pagan rituals. Paulo Suess, one of the key authors of the Amazon Synod’s working document, commented on this ceremony, saying “so what. Even if it would have been a pagan rite, then it is nevertheless a pagan worship of God.”

Some Catholics decided to take action against the public display of pagan idols in the Catholic Church.

As LifeSiteNews reported, on October 21, two men entered into Santa Maria in Traspontina Church near St. Peter’s Basilica in Rome, removed several of the controversial Pachamama statues that had been there on display and then threw them into the Tiber River. On October 25, Pope Francis apologized for this act to those who felt offended, calling these statues “Pachamama statues.” He also considered displaying them during the closing Mass on October 27, but this did not take place, perhaps also due to resistance from prelates within the synod hall and outside.

During all these events, some cardinals and bishops raised their voice of opposition.

For example, Cardinal Gerhard Müller, in an October 24 interview with EWTN’s Raymond Arroyo, said that the “great mistake was to bring the idols into the Church, not to put them out, because according to the Law of God Himself – the First Commandment – idolism [idolatry] is a grave sin and not to mix them with the Christian liturgy.”

Putting the removal of the Pachamama statues into perspective he commented: “To put it [the statues] out,” Müller continued, “to throw it out, can be against human law, but to bring the idols into the Church was a grave sin, a crime against the Divine Law.”

Additionally, Cardinal Walter Brandmüller – one of the two remaining dubia cardinals – praised the removal of the Pachamama statues from a Catholic church in Rome and called the men who performed this act “prophets.”

“These two young men who threw these tasteless idols into the Tiber have not committed theft, but have done a deed, a symbolic act as we know it from the Prophets of the Old Covenant, from Jesus – see the cleansing of the Temple – and from Saint Boniface who felled the Thor Oak near Geismar,” the German cardinal said. He concluded his comments by saying: “These two courageous ‘Maccabees’ who have removed the ‘horrors of the devastation of a holy site’ are the prophets of today.”

Cardinal Jorge Urosa Savino, a third cardinal opposing the pagan rituals in the Vatican, stated: “The syncretism evident in the ritual celebrated around an immense floor covering, directed by an Amazonian woman and in front of several ambiguous and unidentified images in the Vatican gardens this past October 4, should be avoided.” He added that “the reason for the criticism is precisely because of the primitive nature and pagan appearance of the ceremony and the absence of openly Catholic symbols, gestures and prayers during the various gestures, dances and prostrations of that surprising ritual.” The cardinal concluded, “This type of syncretism should be avoided entirely.”

Among the bishops raising their voices, Bishop Athanasius Schneider wrote the most extensive critique of the pagan worship. He published an October 27 open letter, in which he stated that “Catholics cannot accept any pagan worship, nor any syncretism between pagan beliefs and practices and those of the Catholic Church.”

“The acts of worship of kindling a light, of bowing, of prostrating or profoundly bowing to the ground and dancing before an unclothed female statue, which represents neither Our Lady nor a canonized saint of the Church, violates the first Commandment of God: ‘You shall have no other gods before Me,’” he added.

Just like Cardinal Brandmüller, Bishop Schneider compared the men who had thrown the Pachamama statues into the Tiber River with Maccabees and praised them. He called their action “a highly meritorious, courageous and praiseworthy act of some brave Christian gentlemen,” and adds that “like a new ‘Maccabees’ they acted in the spirit of the holy wrath of Our Lord, who expelled the merchants from the temple of Jerusalem with a whip. The gestures of these Christian men will be recorded in the annals of Church history as a heroic act which brought glory to the Christian name, while the acts of high-ranking churchmen, on the contrary, who defiled the Christian name in Rome, will go down in history as cowardly and treacherous acts of ambiguity and syncretism.”

Another bishop – José Luis Azcona Hermoso, the Bishop Emeritus of the Brazilian city of Marajó –  condemned the pagan rituals with the Pachamama statues as “demonic sacrilege.” He said in an October 20 homily that “Mother Earth should not be worshipped because everything, even the earth, is under the dominion of Jesus Christ. It is not possible that there are spirits with power equal or superior to Our Lord or of the Virgin Mary.”

“The invocation of the statues before which even some religious bowed at the Vatican (and I won’t mention which congregation they belong),” the prelate continued, “is an invocation of a mythical power, of Mother Earth, from which they ask blessings or make gestures of gratitude. These are scandalous demonic sacrileges, especially for the little ones who are not able to discern.”

Strongly rejecting the presence of Pachamama in the Vatican, the bishop continues: “Pachamama is not and never will be the Virgin Mary. To say that this statue represents the Virgin is a lie. She is not Our Lady of the Amazon because the only Lady of the Amazon is Mary of Nazareth. Let’s not create syncretistic mixtures. All of that is impossible: the Mother of God is the Queen of Heaven and earth.”

Finally, Bishop Marian Eleganti of Chur, Switzerland, made his own strong critique of the pagan rituals in the Vatican, calling it a “scandal.” He commented on the fact that the Pope himself apologized for the Pachamama idols having been taken and thrown into the Tiber River, and that he said that they were displayed in a church “without idolatrous intention.” Eleganti said that even if one accepts the Pope’s recent words that the statues have no intended idolatrous meaning, “there would still remain the scandal that, at least, it looks like such [idolatry] and that the Rock of Peter [the Pope] is not at all getting worried about it.” On the contrary, said Eleganti, the Pope “even defends those rituals conducted in the Vatican Gardens” which are “alien to Christianity.”

“It is not understandable to an observer that the publicly displayed veneration of Pachamama at the Amazon Synod is not meant to be idolatry,” he added. 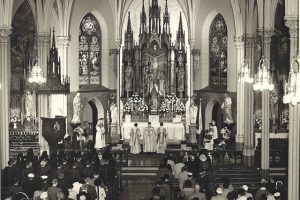 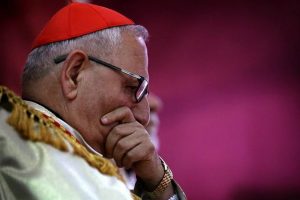 The Real Virus “Sako” in the Chaldean Church

Papal interviewer: ‘So many bishops’ disagree with Francis but are ‘afraid’ to say so
German princess withdraws signature from statement urging Pope to repent for Pachamama idolatry
Comment