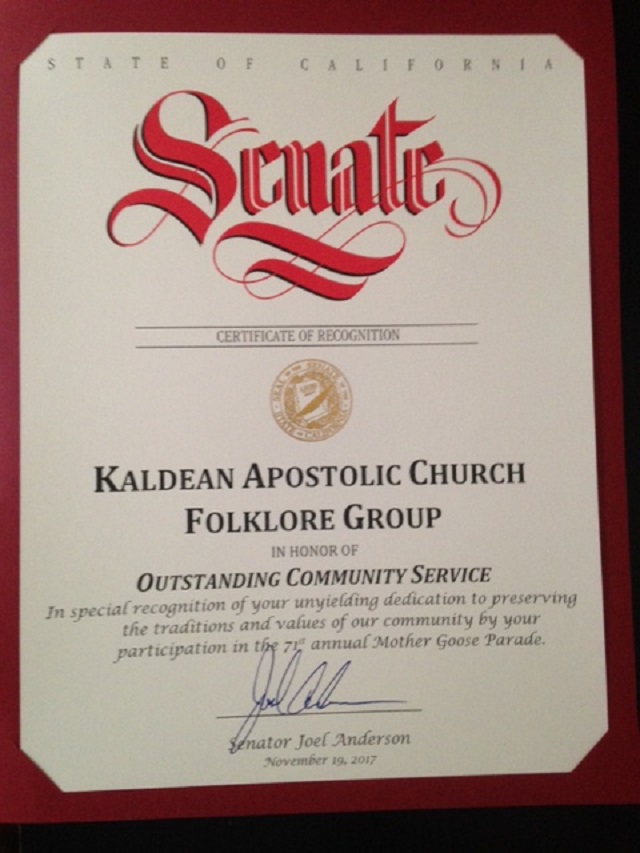 The Chaldean community directed by the cultural committee of the Kaldean Apostolic Church (a Non – Profit organization that includes religious, educational, and cultural programs, etc.), had the privilege to participate in the 71st Annual Mother Goose Parade which takes place every year in Downtown El Cajon, on the Sunday before Thanksgiving.

So, on the beautiful & bright morning of Sunday, November 19, 2017, the folklore group from the Kaldelan Apostolic Church and their friends arrived with their decorated vehicle to line-up in the designated area of the parade route in preparation for the biggest parade of fun and family entertainment in San Diego county, it began moving at 1:00 pm and continued until 3:00 pm.

The vehicle was proudly decorated with the American flag next to the Chaldean / Kaldean flag, and with banners that displayed the cultural and historical landmarks of our Chaldean Babylonian culture of Mesopotamia – Iraq, which is alive and much preserved today in our beautiful country America.

Kaldean fashions and music was also in display on the vehicle.

At the end, The Kaldean Apostolic Church Folklore Group was presented with a Certificate of Recognition signed by Senator Joel Anderson of California, in honor of their Outstanding Community Service,  and in special recognition of their unyielding dedication to preserving the tradition and values of the community by their participation in the 71st annual mother goose parade… Congratulations! 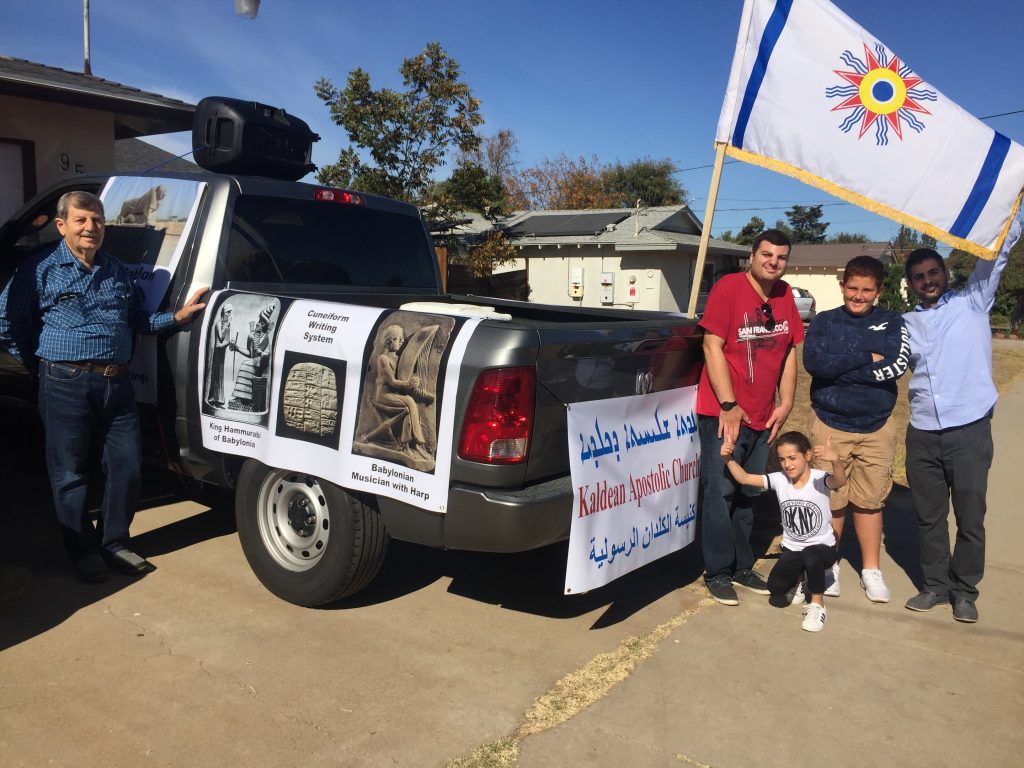 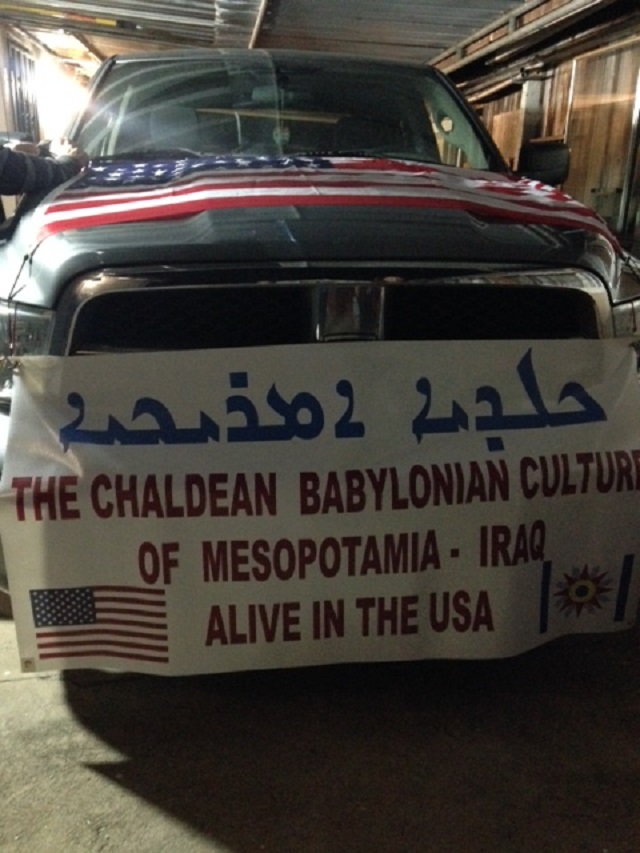 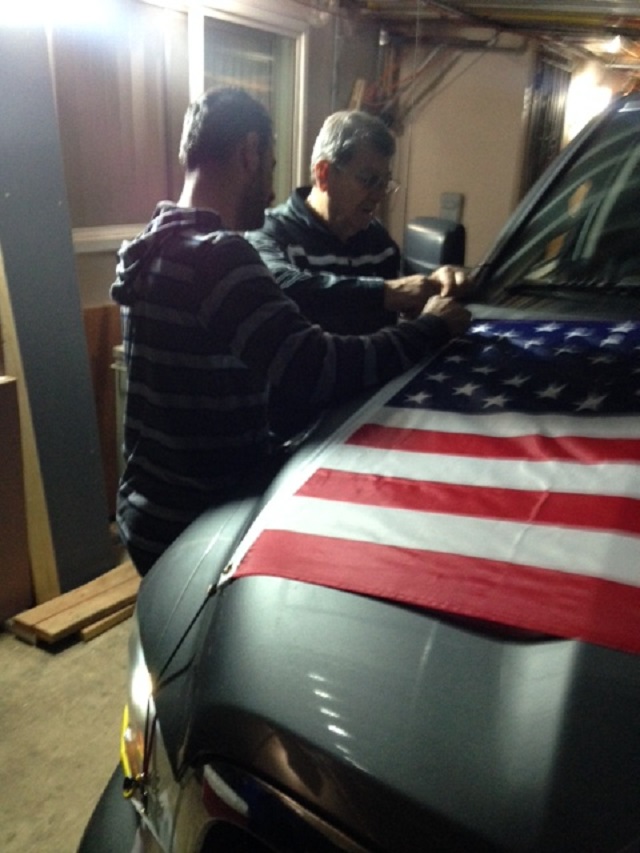 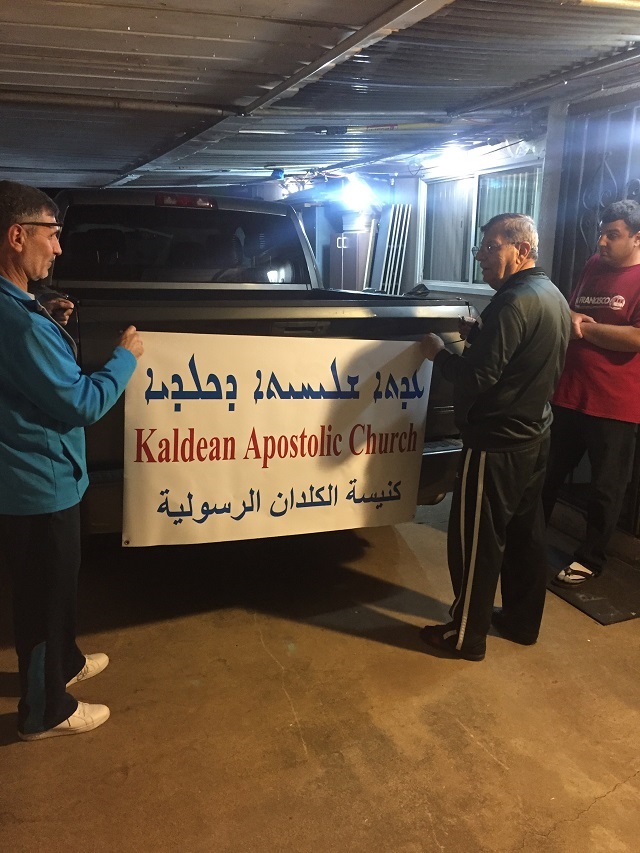 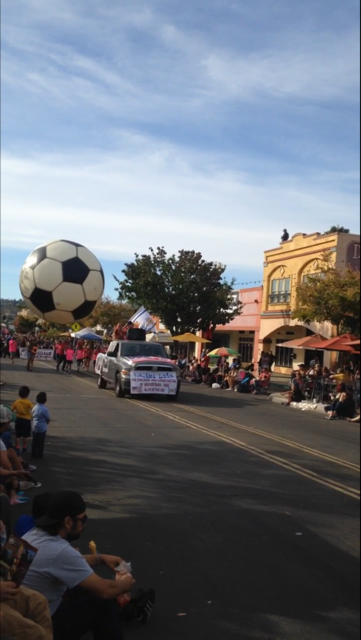 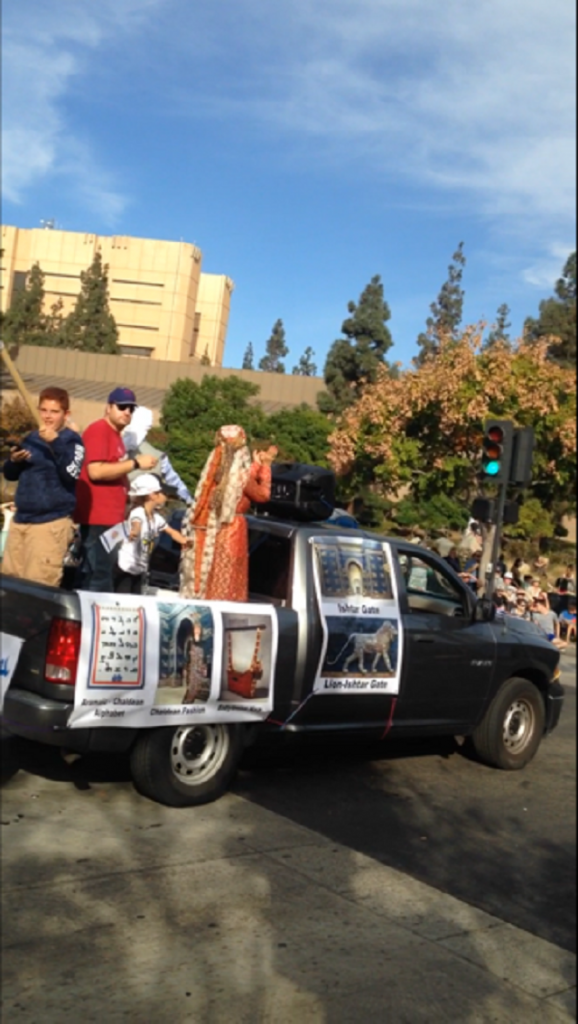 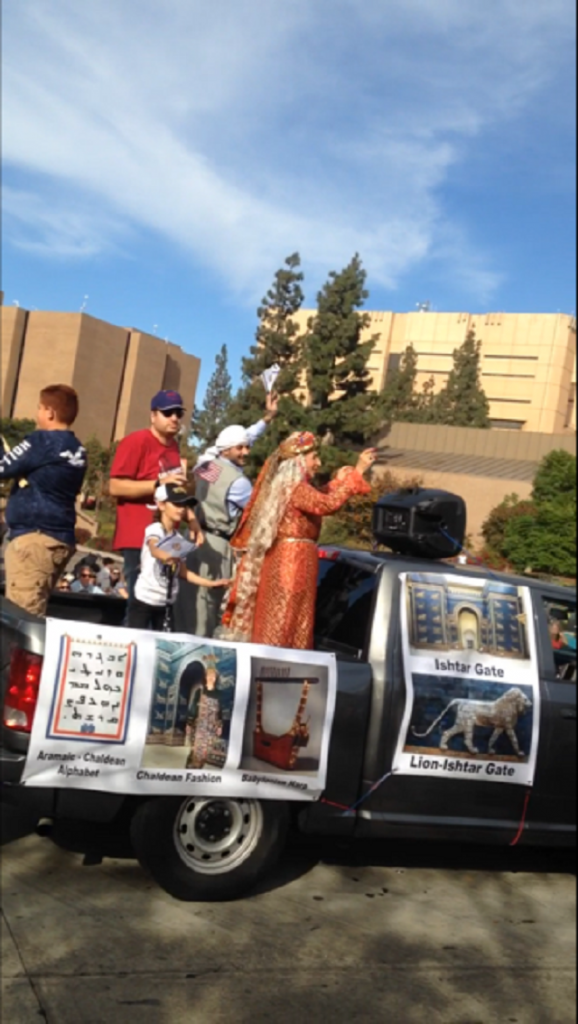 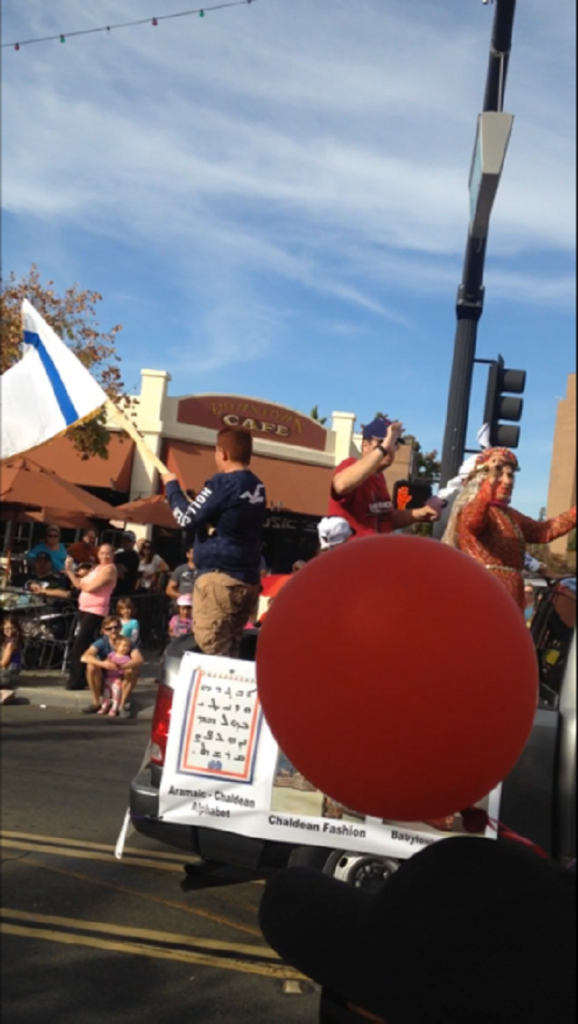 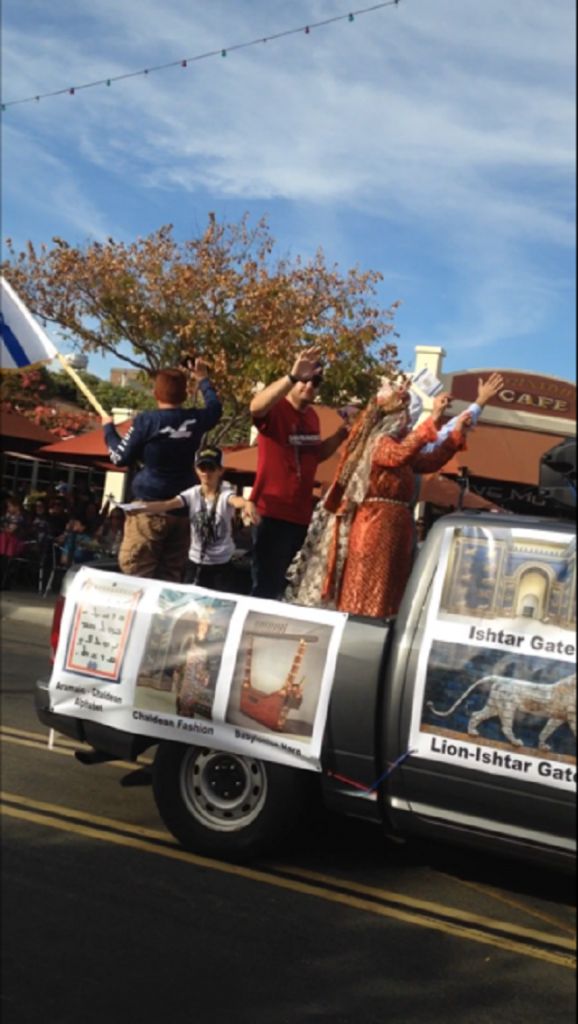 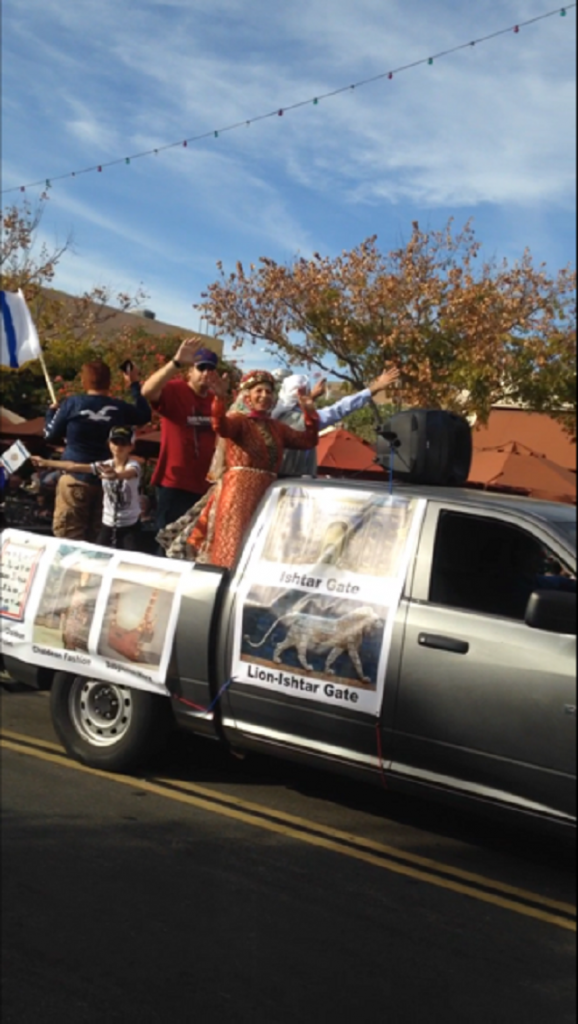 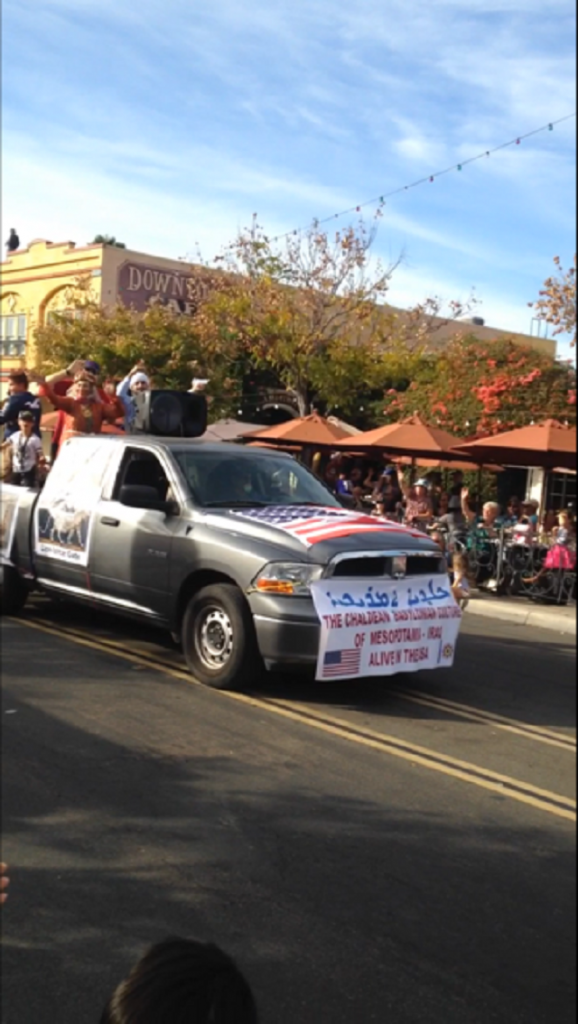 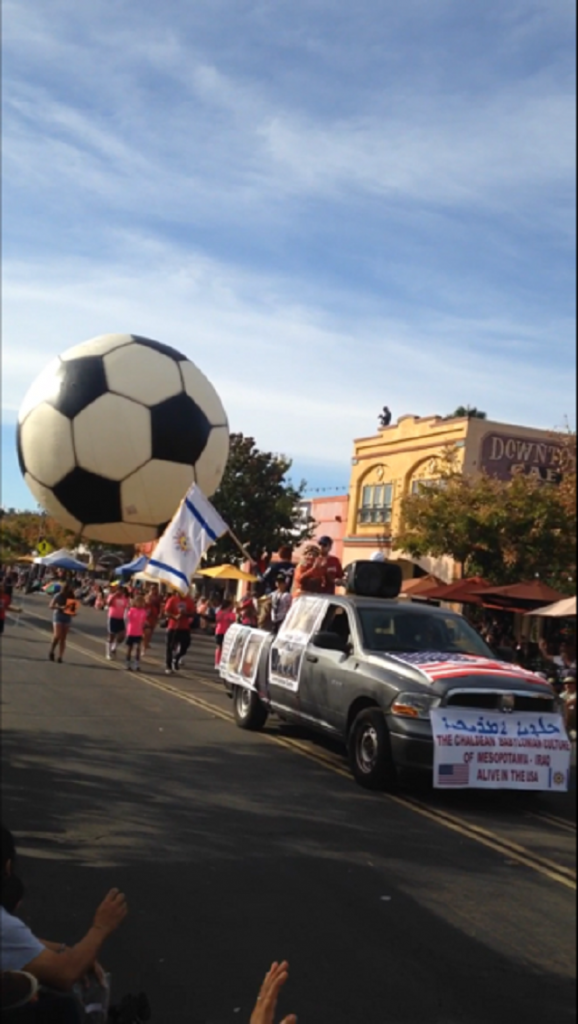 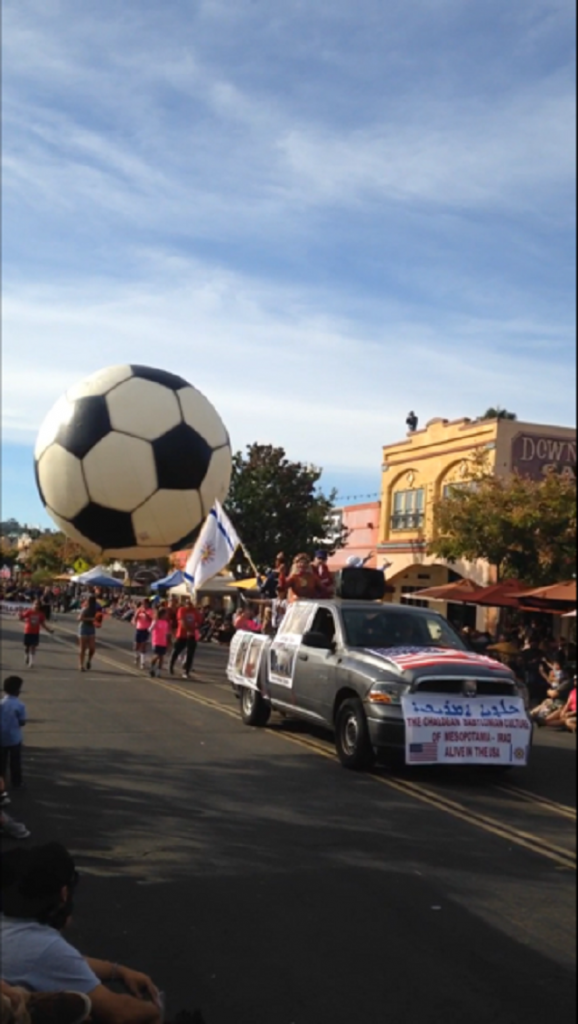 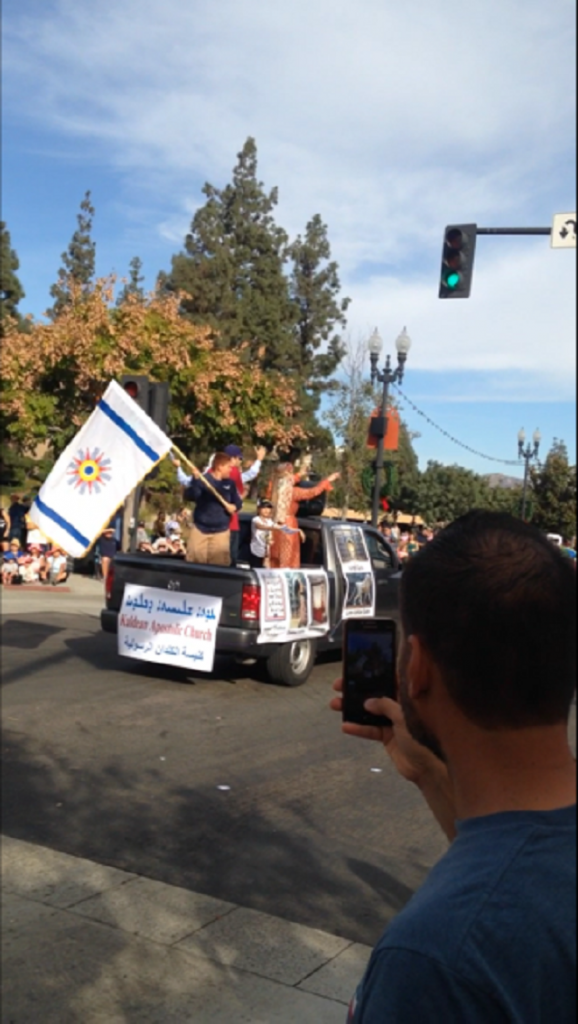 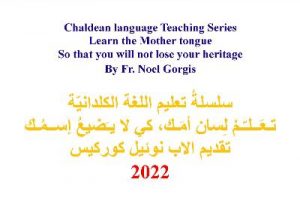 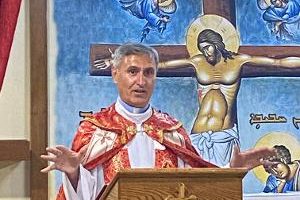